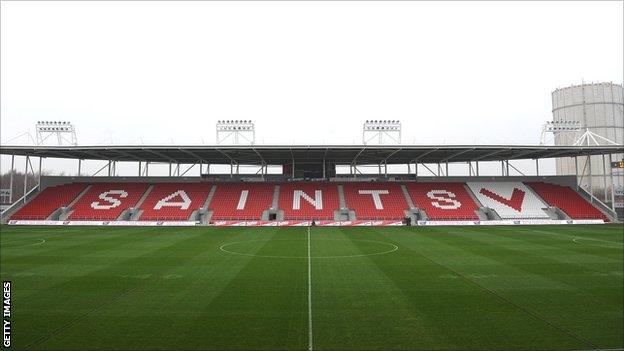 The 21-year-old has agreed a three-year contact at Langtree Park and will join up with his new club at the conclusion of the Super League play-offs.

Batley coach John Kear told BBC Radio Merseyside: "We took a chance with him, signed him and I expected him to play half a dozen Championship games.

"He's been a regular and probably our best prop. It's been a meteoric rise and it's been capped by this move."

Kear continued: "Saints are one of the giants of Super League.

"He's attracted the attention of a number of clubs, but the club that I felt did everything most honourably and did everything by the book was St Helens and I was more than happy to help them.

"Alex has got that much talent and I was more than happy to help him."