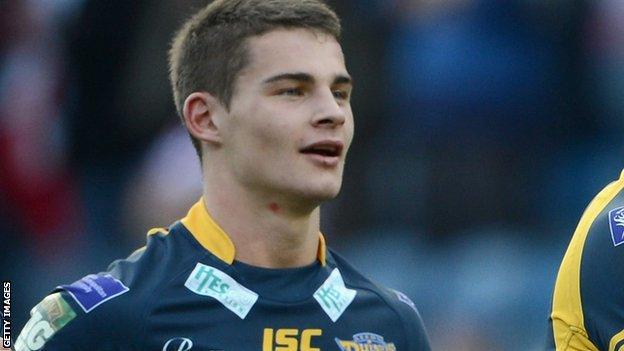 The 18-year-old, who came off the bench in Saturday's semi-final win over Wigan, has appeared in the Rhinos' last six matches.

He said: "I am really honoured to be offered a long-term contract with the club and over the moon to have signed here for the next five years.

"I have never wanted to play for any other club, Leeds is my home."

Ward has confirmed that he has pulled out of the England Academy tour to Australia.

The squad are due to depart on 19 July but the youngster has chosen to remain with Leeds.

He added: "The decision to withdraw from the Academy tour was left to me. I spoke with my family, team-mates and Brian McDermott and everyone said they would support me whatever I decided to do.

"For me personally, I feel I need to keep playing with the Rhinos at this stage having broken into the squad."