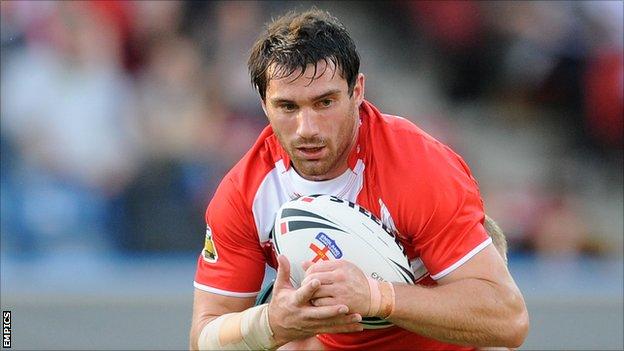 Matty Smith has said winning Super League with Wigan would mean more to him than success in the Challenge Cup.

Half-back Smith will miss the Warriors' semi-final against Leeds Rhinos on Saturday as he was signed from Salford City Reds after the registration date.

"In Super League you've got to be very consistent and, if you win that, you're the best team in the league," he told BBC Manchester's Rugby League Extra.

"I think it would probably mean more to me as a player to win the Grand Final."

Whilst at St Helens, Smith played in the 2010 Grand Final defeat by Wigan at Old Trafford.

He told BBC Radio Manchester: "If you ask 90% [of players] in rugby league and the players from Australia, they want to play at Wembley. It's the place to play.

"It's a one-off occasion and the greatest occasion you can have in rugby league."

Murphy won the Lance Todd Trophy in 1971 when his Leigh side defeated Leeds in the Challenge Cup final.