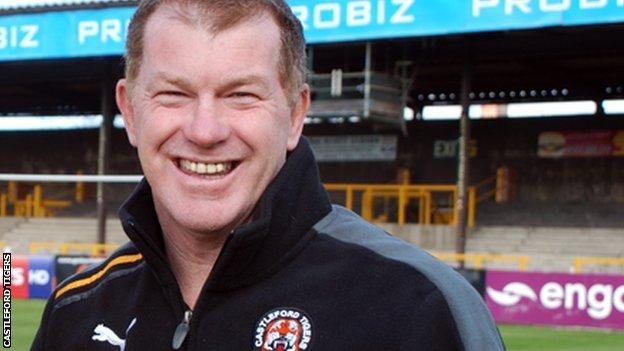 The Tigers hammered the Giants 52-6 on Sunday to notch only their sixth league win of the season.

"The deciding factor was our completion rate, which was the highest this year," he told BBC Radio Leeds.

"It was really clinical performance. We only conceded one try from a kick and we were very dominant."

Millward continued: "We've got loyal fans and they deserve performances like that."

Cas had previously won just one of their last six league fixtures and were without stand-off Rangi Chase, who the club have suspended while carrying out an internal investigation into the England man's off-field behaviour.

In Chase's absence, new signing Jamie Ellis took the plaudits as he landed 10 goals and scored a try on his debut, having joined from Hull FC last week.

Millward was delighted by the performance of the former Leigh player, who he believes could go on to win international recognition.

"I thought he was outstanding in regards to his kicking game and organisation," he added.

"I've worked with him before and I said then that I thought one day he could play for England."