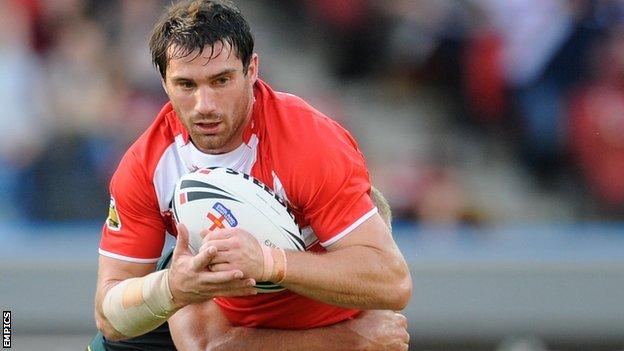 The 24-year-old had agreed to move next season but Warriors offered the Reds a fee to bring it forward after Thomas Leuluai broke his leg on Exiles duty.

Smith, who has signed a deal until the end of the 2015 season, will feature in Wigan's Super League clash against Wakefield on Sunday.

"We are delighted to have secured his services and he's an excellent addition to our squad," said coach Shaun Wane.

"From my early discussions with him, I knew that my coaching team could do things with him.

"He is very vocal and plays very directly and he will fit into our system with ease. "

St Helens and Widnes Vikings had also showed interest in the newly-capped England scrum-half, who holds the Super League record for consecutive appearances.

Smith said: "This is a fantastic move for me and a wonderful opportunity.

"Wigan are a great club with some excellent players and I am looking forward to hopefully playing my part in bringing more success in the months and years to come.

"I have thoroughly enjoyed my time at Salford and would like to thank everyone for making my period with the Reds so memorable."

Smith, who is a former Everton Football Club apprentice, came through the academy ranks at St Helens and had loans at Widnes and Crusaders before moving to the Willows in 2010.