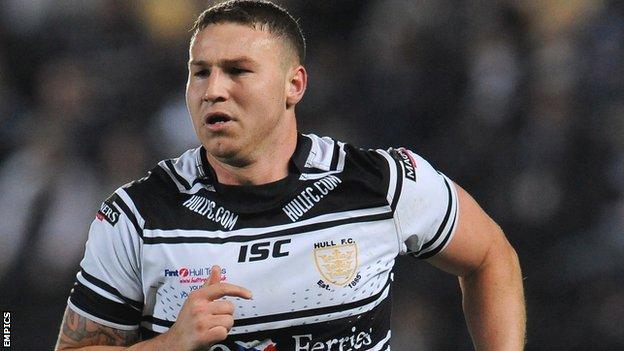 Castleford Tigers have announced that Hull FC scrum-half Jamie Ellis has joined the club with immediate effect and is set to make his debut on Sunday.

Ellis, 23, was due to move to the Tigers at the end of the season but has secured an early release.

Meanwhile, Cas have accepted utility back Ryan McGoldrick's transfer request and he is expected to join another Super League side imminently.

The Australian, 31, was out of contract at the end of the campaign.

Boss Ian Millward said: "Ryan approached us out of the blue about leaving.

"Although as a senior player we'd ideally have him leading us from the front for the rest of the season, with him out of contract we have reluctantly accepted his transfer request.

"With Ryan being a player that has given seven years of service to this club it would be wrong to deny him of this opportunity to continue his Super League career beyond the current season."