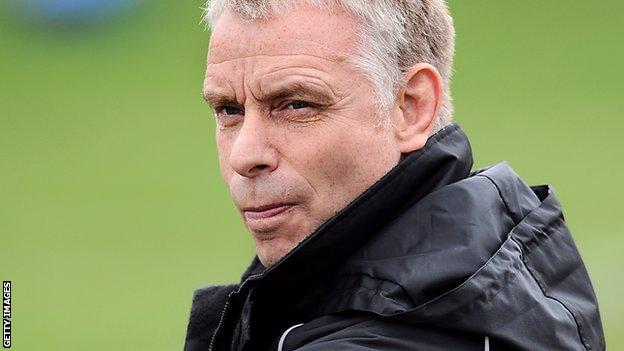 Former Bradford Bulls coach Brian Noble has revealed he has agreed to manage the club for their Super League clash against London Broncos on Sunday.

However, the former Great Britain coach says he may change his mind after a negative reaction from the club's fans.

The Bulls made their entire coaching staff redundant on Monday as they look to find a way out of administration.

My only motive was to help out. I don't need all this vitriolic stuff being thrown at me

"The administrator phoned me up, told me the situation and asked if I could help out," Noble told the Guardian.

"As a Bradfordian through and through who's been made a freeman of the city, and having spent 35 years at the club, I said 'yes'.

"That's been my only motive whatsoever, to try and help out."

However, fans made clear their opposition to the move when administrator Brendan Guilfoyle addressed a meeting in Bradford on Monday and those views have caused Noble to reconsider the offer.

"I really don't need all this vitriolic stuff being thrown at me," he added.

Noble, a former Bradford Bulls player, was appointed as the club's head coach in November 2000 and guided the Bulls to three Grand Finals victories, the 2003 Challenge Cup and three World Club Championship successes.

The Bulls players were due to meet the administrators on Tuesday but the meeting was cancelled at short notice, leaving Matt Diskin, the club's joint captain, to say the players felt 'disrespected'.