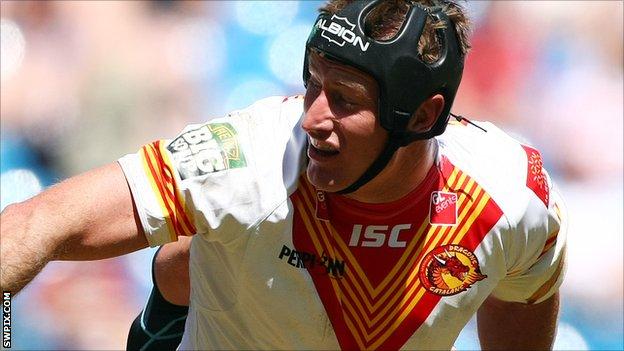 The 38-year-old has been a regular for Trent Robinson's side this season, and has scored five tries in 12 Super League appearances in 2012.

"Having a player of the calibre and experience of Steve Menzies available increases our options," Anderson said.

England beat the Exiles 18-10 in the first fixture at Langtree Park.

Menzies, who has played for Australia and for New South Wales in the State of Origin series, is an early addition to the line-up that will be confirmed in full on Thursday.

"Naming him in the squad just demonstrates how committed we are to both building the Exiles as an enterprise and to winning this match against England and drawing the series," Anderson added.

"We got a lot of positives from the first game and we think we can win at the Galpharm next week.

"As the last game underlined, representative squads are always very fluid and things can change quite quickly.

"We've been able to consider more players this time, so we'll be looking to bring in some fresh faces."