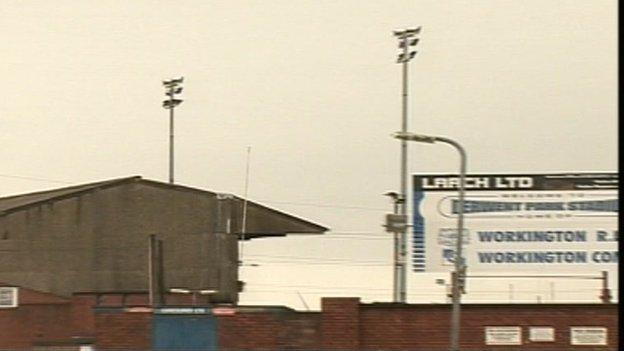 Allerdale Borough Council has agreed to "financially support" a bid by Workington Town to host fixtures at the 2013 Rugby League World Cup.

Neighbours Whitehaven had been named a host venue for games at the tournament, but withdrew after renovation issues at the current Recreation Ground.

Executive member Carl Holding tweeted: "We have agreed at today's meeting to financially support the bid."

The parties will issue a proposal for the RLWC 2013 commission to endorse.

Plans would see fixtures hosted at Derwent Park, Town's current home, while the team headquarters would also be based in the town.

Whitehaven's planned Copeland Community Stadium would become a training venue under proposals to retain a West Cumbria link with the competition.