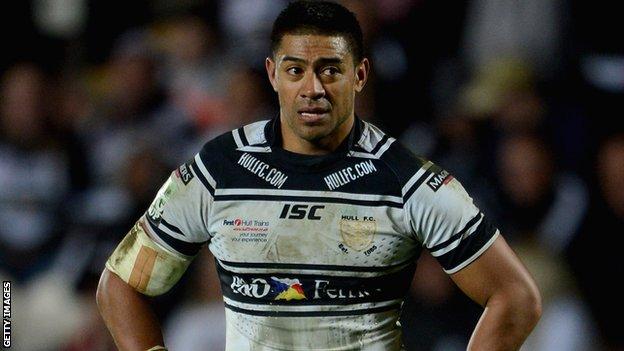 Hull FC director of rugby Shaun McRae says they have made an "extremely good" final contract offer to Willie Manu.

The 32-year-old Tongan forward, who won the club's player of the season award last year, is out of contract at the end of the current campaign.

"It's important the supporters know I have pushed the boat out here and the offer is extremely good for Willie," McRae told BBC Radio Humberside.

"If he doesn't accept it, then someone else is paying him a lot of money."

He added: "I've been going backwards and forwards with Willie's management team for six weeks or so now. I believe he wants to stay here, I'm convinced that's the case.

"I want the situation to be sorted one way or the other in the next few days or early next week."

Manu joined the Black and Whites from Castleford in 2007 and has made 146 appearances for the club.

They are currently fourth in the Super League but suffered a disappointing home defeat by current leaders Huddersfield Giants in the Challenge Cup on Sunday.