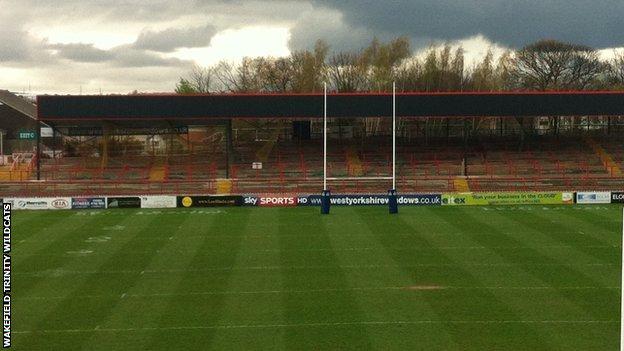 The Rugby Football League is to launch an investigation into disturbances between fans at Friday's derby between Wakefield and Castleford at Belle Vue.

Wakefield went down to a 34-16 home defeat by the Tigers, their eighth loss of the season.

The investigation will look at incidents involving rival supporters both inside and outside the stadium and how these were managed.

The RFL said they will make no further comment at this stage.

The Wildcats chief executive James Elston said his club were fully behind the investigation.

"We are in full support of the RFL investigation and as per our statement on Saturday afternoon, we will not hesitate to take the strongest action possible in banning any individuals found to be guilty from the investigation," he said.

"Our initial investigations have already identified a number of people and we will be taking action against them."

Castleford have so far not commented on the investigation.