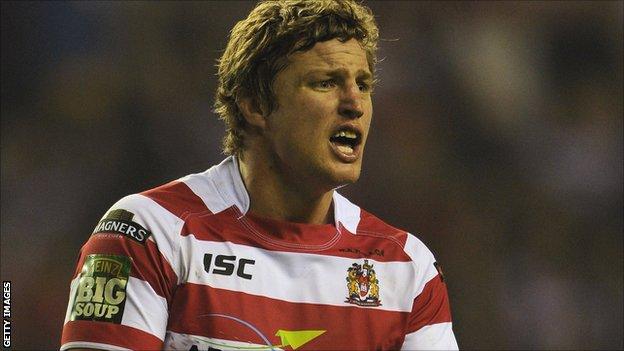 Half-back Brett Finch has proved himself to be an able deputy to injured skipper Sean O'Loughlin, according to Wigan coach Shaun Wane.

Finch led the Warriors to Super League wins over St Helens and Wakefield during the Easter weekend.

Wane told BBC Radio Manchester: "He knows how big the club is and he knows what it means to be the captain of a great club like this.

"He's the sort of bloke that I want representing our team."

Wane also confirmed that O'Loughlin will regain the captaincy of his hometown club once he recovers from a hamstring injury.

Three straight victories have taken Wigan to second in the Super League table and two points behind leaders Huddersfield.

The Warriors begin their defence of the Challenge Cup on Sunday, when they host North Wales Crusaders.