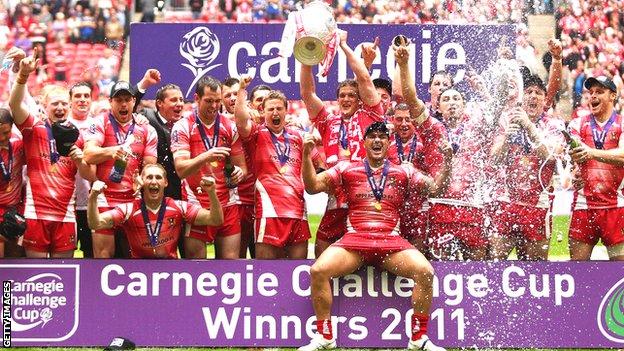 Holders Wigan will face North Wales Crusaders in the fourth round of the Challenge Cup.

Other ties which catch the eye include Hull FC versus Huddersfield Giants and Widnes Vikings against St Helens.

Ties will be played during the weekend of 14 /15 April with one game shown live on the BBC.

The other all top-flight clash sees Hull KR, who won the trophy in 1980, host Catalan Dragons, who reached their only final in 2007, losing 30-8 to St Helens.