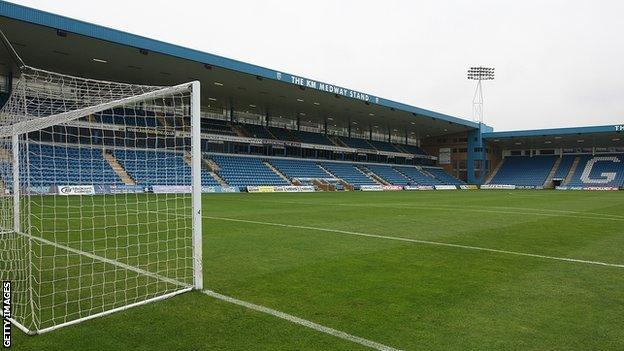 Last week it was announced that Gillingham would host a Super League game between the Broncos and Hull FC on 20 May.

Mackay told BBC Radio Kent: "I'd like to look at this and try to have a fixture once a year.

"We're very much of the mindset to give it a go. This opportunity is right for Kent."

County cricket teams in England are used to playing at several different venues during the season. Kent use Canterbury's St Lawrence Ground as their main base, while using out-grounds at Beckenham and Tunbridge Wells.

Coming from a cricketing background, Mackay feels that this move for the Broncos could work in exactly the same way by attracting fans otherwise untouched in the region.

"Coming from that world, I know it works very successfully," he said.

"Some of the sides in Australia in rugby league take the game around the states to new audiences and to a new fan base.

"The South East is an area we want to continue to develop the game."