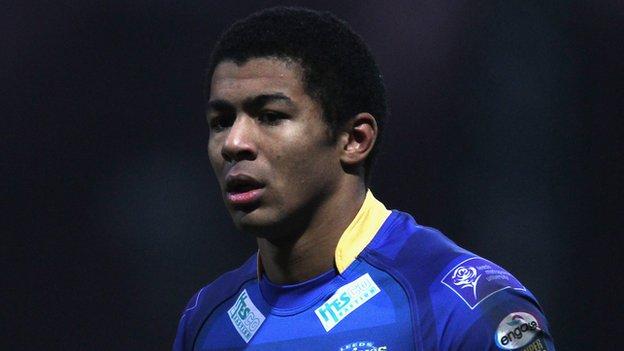 The 20-year-old has followed in the footsteps of team-mates Ryan Hall and Chris Clarkson in signing long-term contracts with the Super League club.

Head coach Brian McDermott said: "Kallum is an exciting young player who has proven that he can perform at the highest level.

"Kallum is now hoping to do that on a consistent basis after unfortunate injuries frustrated him in the past."

McDermott added: "He was an important player for us in our cup run last season and he has looked good in pre-season training having added bulk to his power and pace."

Watkins made his Leeds debut in April 2008 and returned to action in their Boxing Day friendly having missed out on last year's Grand Final victory with a knee injury.

"We have got some fantastic, young players here," Watkins said. "The club have made it clear that they want to build for the future on the back of our recent success."

"I was disappointed to miss out on the Grand Final last year but it has been massive boost to my confidence to be awarded the number three shirt for this season.

"We have got a tough start to the season but the feeling is great in the camp at the moment and things will move up a gear next week as we build up to the Hull KR game.

"In those two games, I got my chance because someone else was injured but I want to be in the team on my own merit this time around so it is important that I start well against Hull KR next week."