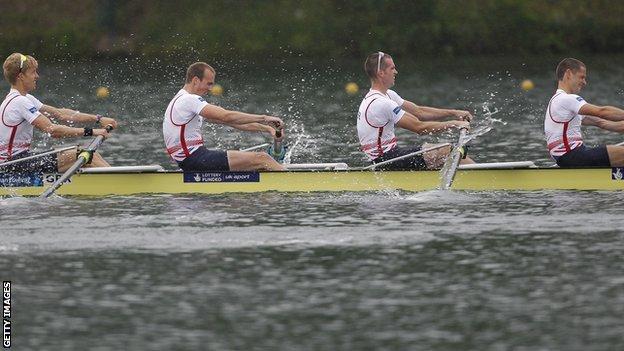 The lightweight men's four were Great Britain's only Olympic-class heat winners on day two of the World Rowing Championships in the Netherlands.

Mark Aldred, Peter and Richard Chambers and Chris Bartley will now face a semi-final in Amsterdam on Friday.

The openweight men's double scull of John Collins and Jonny Walton face a repechage in their semi-final bid.

The men's eight crew face France for a place in the final after Germany won their heat.

There were also two heat wins for Britain in international classes, the non-Olympic events.

And the lightweight men's pair of Sam Scrimgeour and Jono Clegg are into the semi-finals.