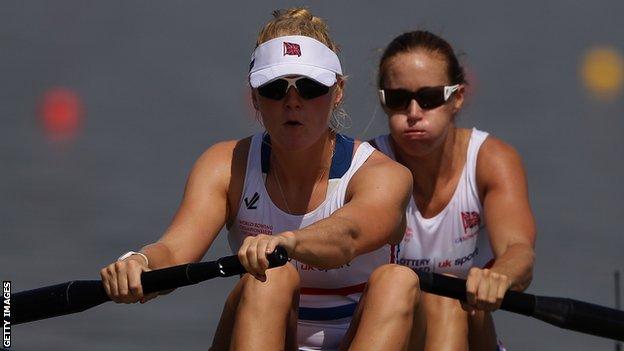 The British duo, who were victorious at the World Rowing Cup this year, won their semi-final easily with the United States and New Zealand behind.

"We knew it was going to be tough but that felt like a nice controlled race," said Glover, 27.

Stanning returned to the army after the Olympics, with Swann, 25, chosen to replace her.

The pair won gold at the World Cup events in Sydney, Eton Dorney and Lucerne this year, and will now be favourites to add a World Championships title.

The Britons finished with a time of seven minutes 3.22 seconds, over three seconds quicker than second-placed United States and nearly five seconds faster than New Zealand, who finished third.