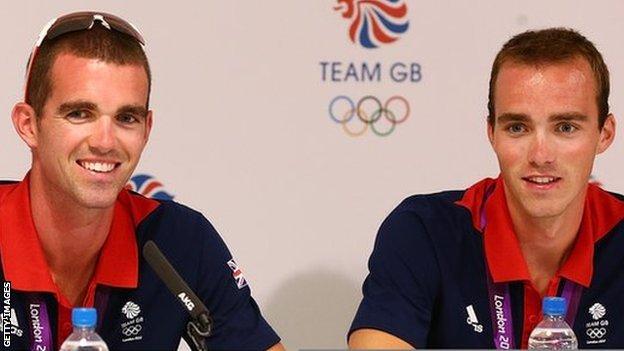 Richard and Peter Chambers will compete in the lightweight men's double for the first time in the World Cup regatta at Eton Dorney from 21-23 June.

The Coleraine brothers won an Olympic Games silver medal for Great Britain at the same venue in the lightweight four.

Fellow Coleraine rower Alan Campbell will also be in action at Eton Dorney in the single sculls.

Great Britain have named 14 Olympic medallists in their biggest ever World Cup squad for the regatta.

A team of 81 rowers will be back at the venue where Britain won nine medals, including three golds, at London 2012.

Campbell was also among the medal winners, claiming a bronze.