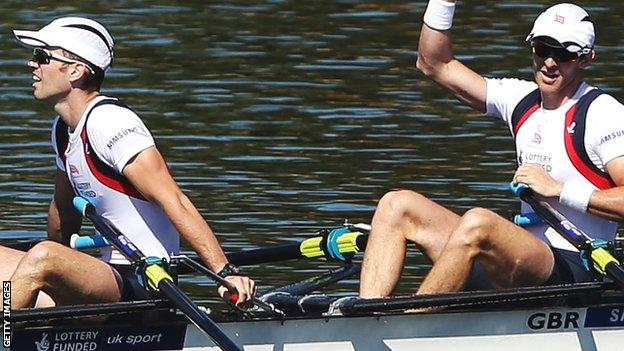 They dominated the race to see off their Chinese and Portuguese rivals.

The display was a strong indicator that Chambers and Freeman-Pask are worthy successors to Mark Hunter and Zac Purchase as the Great Britain pairing.

Richard's brother Peter had to settle for silver as the GB lightweight men's four lost out to New Zealand.

In the double sculls, the new British partnership of Chambers and Freeman-Pask finished ahead of China's Hui Li and Tianfeng Dong.

In third place Portugal's Pedro Fraga and Nuno Mendes won the sole medal for their country at the Sydney regatta.

"That result shows we are up there with some of the best," said Coleraine man Richard Chambers, who was having his first competitive action since winning silver at the Olympics alongside his brother in the lightweight four final.

"It is good for us to have raced here. Even though not everyone's here and it will get tougher, we still beat the guys who were fifth at the Olympics."