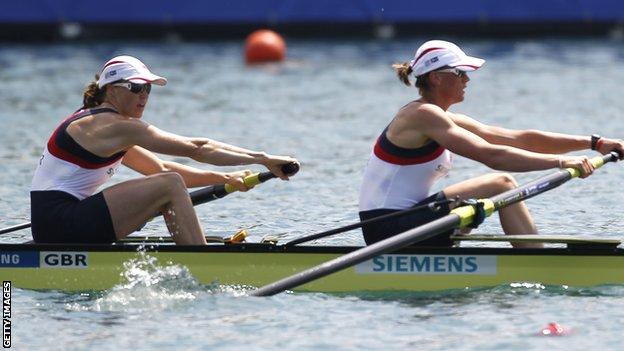 Glover, and partner Heather Stanning, won the women's pair at the first World Cup event in Belgrade on Sunday.

But there were no crews from New Zealand, Canada or Australia taking part in the race.

"There are two more World Cups to come, and in the second and third [events] the whole world will be there," the 25-year-old told BBC Radio Cornwall.

World Championship silver medallists Glover and Stanning were just a few seconds off the world record in their semi-final in Belgrade, but Glovers says she expects all their main rivals to up their game.

"In an Olympic year the standard raises, gaps get closer and races get tighter.

"Everyone uses these World Cups to gauge how they're going, to have a look at the competition.

"Then in the time between the last World Cup and the Olympics we'll finalise things, sharpen up, and try and go to the Olympics in the best shape we can."