BBC presenter Dan Walker has been invited to the wedding of the woman whose hen do gatecrashed his live Olympics broadcast.

Walker was unexpectedly joined by Maria de Cezar while presenting live on BBC Four from Copacabana beach, and after she joined him for an impromptu on-air chat to discuss her wedding, she has invited him to next month's ceremony.

It comes hot on the heels of FOUR marriage proposals at the Rio Games, meaning Maria's is not the only 'Olympic wedding' on the horizon. 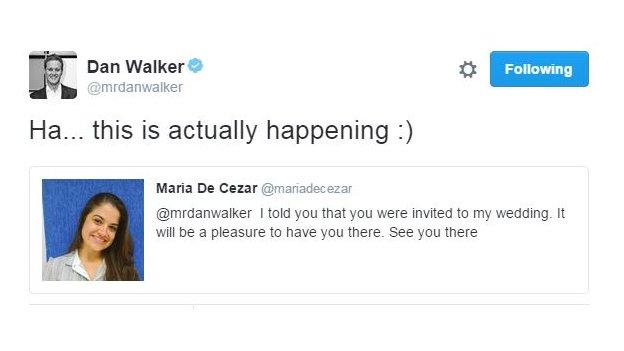 Romance was in the air at the individual dressage on Monday, as Briton Charlotte Dujardin not only retained her title but received a proposal - of sorts - from fiance Dean Golding.

Watching Dujardin from the stands, he wore a sign that read: "Can we get married now?" 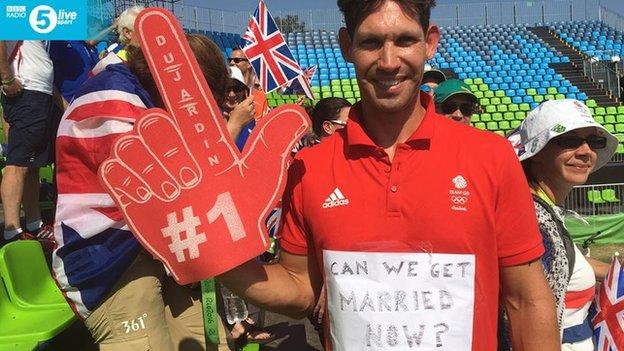 "I'm hopefully going to get married next year. I said I would get married after London but time just flew by. It's definitely on the cards now."

The 26-year-old almost pulled off a shock when he led the 20km walk at the halfway stage, before finishing sixth. On Monday, he surprised boyfriend Harry Dineley with a marriage proposal. 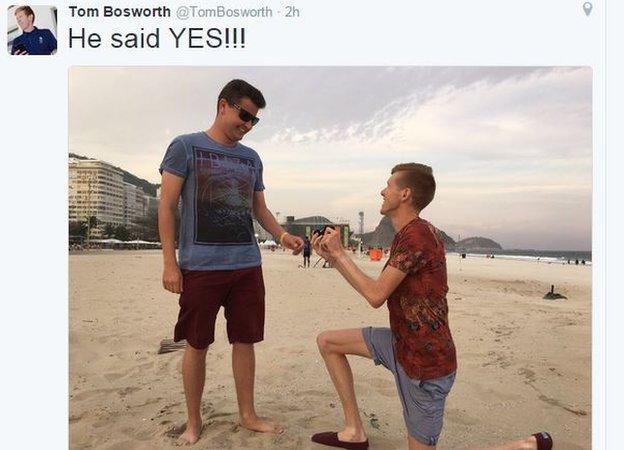 Bosworth's was the third proposal of the Rio Games.

On Sunday, Chinese diver He Zi had just been awarded her women's 3m springboard silver when boyfriend and fellow diver Qin Kai proposed in front of a stunned arena.

"The Olympic Games can look like closure but, for me, it's starting a new life with someone," said Enya. "I wanted to show people that love wins."