The refugee team competed with the rest of the world as "equal human beings" at the Rio Olympics, marathon runner Yonas Kinde says.

Kinde, 36, was the last of the 10 refugee athletes to compete in Rio, coming 90th in the men's marathon on Sunday.

The team of swimmers, judokas and runners competed under the flag of the International Olympic Committee (IOC).

IOC president Thomas Bach said the athletes were selected to "send a message of hope to all the refugees of the world".

"We are equal now," said Kinde, who is originally from Ethiopia. "We compete like human beings, like the others.

"We are 10 refugees selected by the IOC and their flag leads us. Sixty-five million follow us, more than one country. We are inspiring them."

Here are the athletes of the Refugee Olympic Team, their stories and how they got on in Rio.

Who is he? The 25-year-old fled war-torn Syria in 2015, travelling by boat across the Mediterranean Sea to Turkey before continuing to Belgium.

What did he say? "It's a wonderful feeling to compete in the Olympics. I don't want to wake up from this dream."

Who is he? The "lost" South Sudanese runner lived in a refugee camp in Kenya for 10 years after escaping a civil war. He started running competitively just over a year ago. Despite the weather being unfavourable for training during the day, and there being no facilities, he continues to compete.

How did he do? Biel finished last in the heats for the men's 800m, in a time of one minute 54.67 seconds and failed to qualify for the semi-finals.

What did he say? "Sport gave me a sense of belonging. Even if I don't get gold or silver, I will show the world that, as a refugee, you can do something."

Who is he? James Chiengijek fled his home to avoid being recruited as a child solider, like many of the "lost boys of Sudan" who made it to refugee camps in Kenya from which several long-distance runners have emerged. He picked up injuries as a result of having the wrong footwear, but that did not stop him.

What did he say? "My dream is to get good results at the Olympics and also to help people. Because I have been supported by someone, I also want to support someone."

Who is he? Paulo Lokoro was a cattle herder in South Sudan, until the war broke out and he fled to join his parents in Kenya. On the journey there was only fruit to eat, and when he arrived at the refugee camp he did not even have any shoes.

What did he say? "A dream would be to break a record. To win a medal, a gold, that is my dream."

Who is she? Since the age of six, Anjelina Lohalith has been disconnected from her family in South Sudan after escaping civil war. The 21-year-old hopes her running career will allow her to help improve the life of her family, return one day and help her father build a better house.

What did she say? "I'm happy because it will be the first time refugees are represented in the Olympics. It will inspire other refugees because wherever they are they will see that they are not just the 'other people'."

Who is she? Rose Lokonyen discovered her talent for running at a 10km competition at her refugee camp in Kenya, where she came second. She only started running with shoes last year. The South Sudanese runner believes she would have died if she and her family had not left the country when she was 10.

How did she do? Lokonyen finished seventh in her women's 800m heat, where a time of 2:16:64 was not quick enough to see her progress.

What did she say? "My dream, my first priority, is to help my parents and my siblings and then after that to help my fellow refugees."

Who is he? The Ethiopian marathon runner had to leave his native country because of political problems, and has been living in Luxembourg since 2013. He has a personal best marathon time of two hours 17 minutes and would qualify for the Olympic team if he had his citizenship.

How did he do? Kinde came 90th in the marathon in a time of two hours 24 minutes eight seconds.

What did he say? "I can't explain the feeling, it has power, it's amazing. It's very good news for refugee athletes that Olympic Solidarity have given us this chance to participate here."

Who is she? Yolande Mabika left the Democratic Republic of Congo three years ago to escape the country's civil war, moving to Rio. She was separated from her family at a very young age. On her arrival in Brazil, she was taken to a centre for displaced children, where she took up judo.

How did she do? She was knocked out in the first round of the -70kg contest by Israel's Linda Bolder.

What did she say? "Judo never gave me money, but it gave me a strong heart. I got separated from my family and used to cry a lot. I started judo to have a better life."

Who is she? Mardini is known for rescuing 20 people in a capsizing boat after fleeing Damascus from the conflict in Syria. She used her talent in open water swimming to swim for three hours and help everybody survive the journey to Germany.

How did she do? She won her women's 100m butterfly heat, but her time was not quick enough for her to progress. She also failed to progress in the 100m freestyle.

What did he say? "I want everyone to think refugees are normal people who had their homelands and lost them, not because they wanted to run away and be refugees."

Who is he? Popole Misenga grew up in Bukavu area of the Democratic Republic of Congo, which was severely affected by the Second Congo War. When he was six, his mother was murdered, and he fled to a nearby rain forest, where he wandered for a week before being found and returned to Kinshasa, the country's capital. He sought asylum in Brazil in 2013.

How did he do? Misenga beat India's Avtar Singh in his opening match, but lost by ippon to South Korea's Gwak Dong-han.

What has he said? "I have two brothers and I haven't seen them, I don't know how they look any more because we were separated since we were small. So I send hugs and kisses to my brothers."

Championship set to restart on 20 June

Read more on Championship set to restart on 20 June 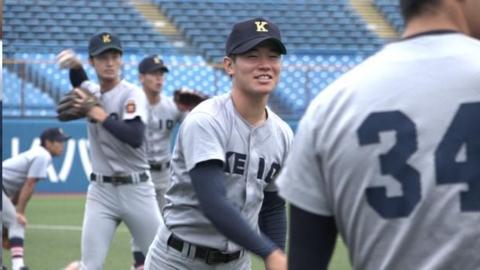 The unique world of Japanese baseball

Read more on The unique world of Japanese baseball Olympic Poster Stars: Who will shine in Tokyo 2020?

Read more on Olympic Poster Stars: Who will shine in Tokyo 2020? CBBC quiz: It's the Olympics - but strictly *not* for grown-ups...

Read more on CBBC quiz: It's the Olympics - but strictly *not* for grown-ups...

Live on the BBC