"To win two Olympic golds in a row like Daley and Mathias is very special," said Eaton.

"One day, I'm going to have to meet Daley, shake his hand and thank him for giving me something to chase after.

"My throwing has been bad in the past, but I really got after the discus and shot here. Can I do three in a row? Maybe you should ask Daley."

Eaton was the overwhelming favourite to follow Thompson's achievement from 1980 and 84 and is the third multi-eventer, alongside American heptathlete Jackie Joyner-Kersee, to win back-to-back Olympic titles.

He has dominated the event since 2011, claiming back-to-back world titles and twice setting new world records along with his Olympic success.

No British athlete competed in the 10-discipline event. 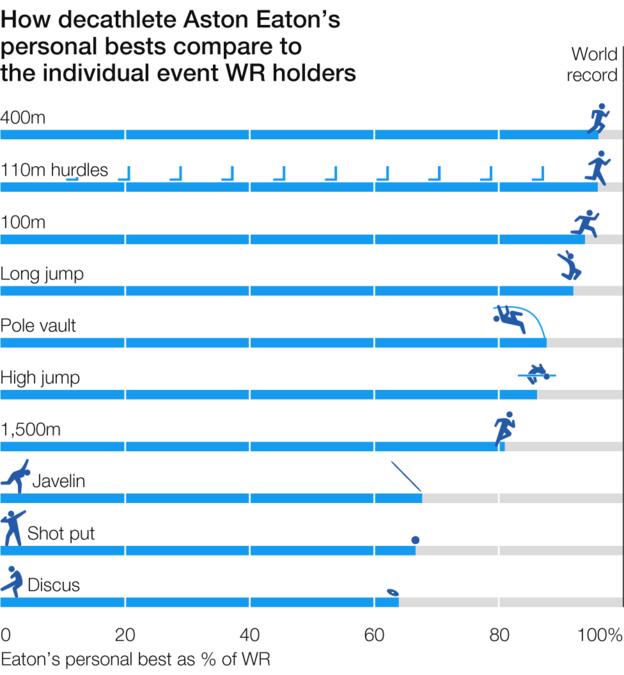