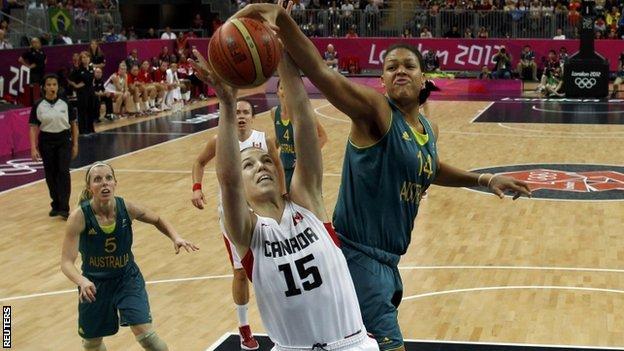 France secured top spot in Group B of the women's basketball competition but Australia's medal's hopes are alive after beating Canada 72-63.

The French continued their unbeaten run with a 65-54 victory over Russia.

The United States made it five wins out of five in Group A by beating China 114-66.

Celine Dumerc, the star of France's overtime win over Great Britain on Friday, scored 12 points to set up a quarter-final meeting with Czech Republic.

Australia led Canada by 19 points in the second quarter but the Canadians stormed back late on and were within two points inside the final five minutes.

But they turned to fouling early in an attempt to keep time on the clock and Jackson punished them, making a perfect eight-of-eight free throws in the final 70 seconds.