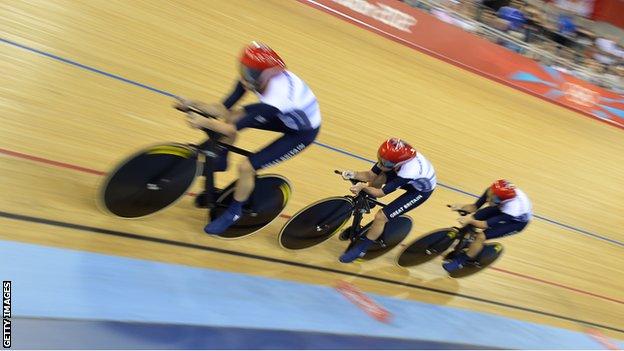 Britain's women's team pursuit trio broke their own world record to qualify for Saturday's first round.

This was half a second faster than the time they set in April, when they won the World Championships in Melbourne.

Canada set the fourth best time but New Zealand disappointed and can only now reach the bronze-medal race at best.

Roared on by a highly partisan crowd, the British team were half a second up after the first lap and never looked in any difficulty at all.

The 23-year-old Rowsell rode that all-important first lap at the front, but the pace never dipped when King and then Trott took up the charge.

The versatile Trott, 20, is also considered a great prospect in the omnium, another new event for the women at the Olympics.