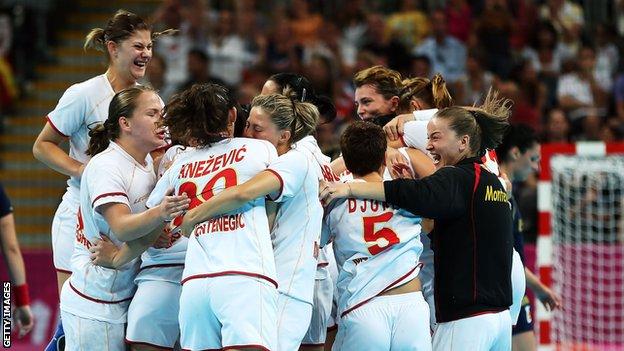 Defending Olympic champions Norway will have to overcome Montenegro in Saturday's final if they are to retain their women's handball title.

Montenegro guaranteed their first Olympic medal as Katarina Bulatovic's nine goals inspired them to a thrilling 27-26 semi-final win over Spain.

Earlier, Norway proved too strong for an injury-hit South Korea at a sold-out 12,000 capacity Basketball Arena.

Spain will see their semi-final defeat to Montenegro as an opportunity missed after performing well throughout the tournament.

They will now contest the bronze medal with South Korea at 17:00 BST in a prelude to Saturday's main event, which starts at 20:30.