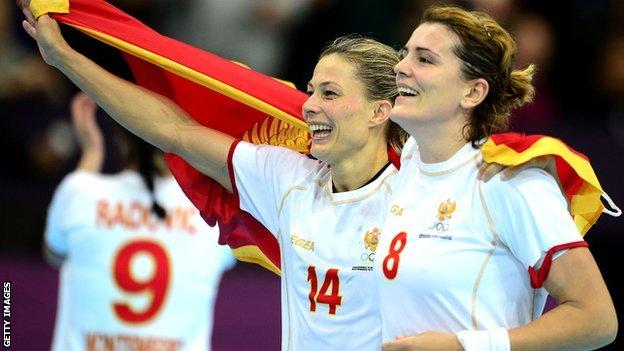 Montenegro beat France with the last throw of the game in the women's handball quarter-finals.

France had coasted through Group B en route to the knockout stage, but were held at 22-22 as the hooter sounded.

But Montenegro's Katarina Bulatovic still had a penalty throw, which she converted to send her side through.

Korea staged the other big upset of the quarter-final stage, eliminating four-time world champions Russia. The underdogs fashioned more chances, forcing their opponents to defend and block - not allowing Russia the space to stage attacks of their own.

Handball action now relocates from the Copper Box to the Basketball Arena, where Spain face Montenegro and Norway take on South Korea in the semi-finals.