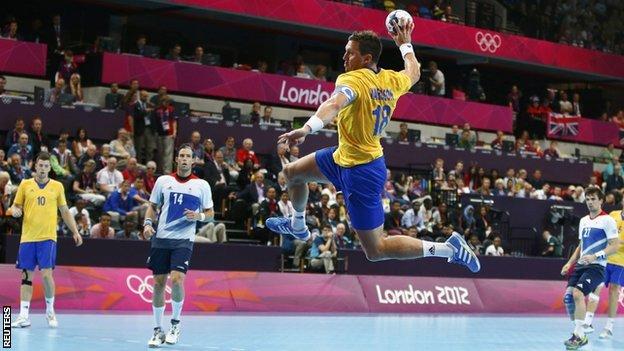 The inexperienced hosts were quickly behind, Sweden's ability to convert attacks into goals clearly superior.

Sweden's defence was also more secure and Britain found themselves 24-10 down at half-time of the Group A encounter.

Britain improved as the match went on but not enough to seriously threaten a team ranked second in the the world.

The defeat leaves the hosts bottom of group A after two games, while France maintained top spot with a 32-20 victory against Argentina.

In the other Group A game, Iceland beat Tunisia 32-22 and they, along with Sweden, trail France by goal difference.

Group B saw Croatia beat Serbia 31-23 to stay top on goal difference ahead of Denmark, who enjoyed a narrow 24-23 win over Spain, while Hungary got off the mark with a 22-19 win over South Korea.