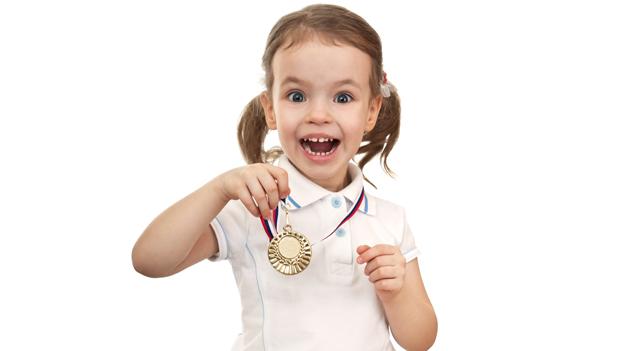 To excel in the Olympics you need the right body that suits a particular event but there is also a combination of other factors that are often not recognised. Over the coming week, Ben Oakley from the Open University looks at some of the more leftfield factors that make a champion.

When you were born has a big impact on your chances of sporting success. Researchers have looked at football in England, ice hockey in Canada and competitors at the Beijing Olympics to draw meaningful conclusions about the impact of birth dates.

In 2009, professional English youth academies (aged 16-20 years) were grossly over-represented by players with birthdates in a three month period. 57% of youngsters were born in September, November or December whilst only 14% celebrated their birthday in June, July or August.

This is not a one off. At a recent U17 European Championship, 75% of the footballers were born in a four month window. Similar results were detected in Canadian ice hockey and at the 2008 Beijing Olympics.

This observation is known as the Relative Age Effect (RAE) and is determined by the cut-off date for age group competition. In English football, as is the case at school, children are placed into year groups based on whether they are born before or on 1 September.

The children born in September have an advantage on children born in August because they have nearly a whole extra year to grow and develop. This is exacerbated in the early stages of puberty when children can shoot up in a single year.

It takes a brave coach to put long-term child development first with competitive parents on the side lines.

Imagine then, aged 10, you get selected for your team and identified with 'talent'. Your parents beam with pride and coaches invest more time in your progress; you get more feedback, practice and games to play in.

Before long your maturational advantage is magnified by this input. Also, you feel more confident that you are good at something. If there is one thing we all know about the psychology of performance it is this: you are likely to persist at something new when you receive some form of early success.

It might be praise from someone you respect, competition results, selection, mastery of a difficult new skill or feeling part of a group. The smaller, less developed player therefore needs to be resilient to the knock-backs they are likely to experience, not easy for a 10-year-old. Eventually, after a few years they often get dispirited and may leave the sport.

In Canada, the same process operates in ice hockey. Since it is an even more physical game than football it is no surprise that similar proportions were skewed towards the early month of the year. However, since the hockey selection cut-off date is the calendar year (i.e. 1 January), it is January, February and March that are the heavily favoured birth months.

Furthermore, weight groupings account for some size differences in combat sports like boxing, wrestling, taekwondo, judo and even in rowing but it pays to be more diminutive in other sports like gymnastics and endurance running.

Nevertheless, some interesting results emerged when some diligent researchers applied themselves to the monumental task of analysing the birth dates of all 18,132 competitors at the 2008 Olympic Games. Overall, there were more male and female competitors born in the first quarter of the year than any other quarter.

Of course there are plenty of exceptions to these findings but the overall message is that children born immediately after the cut-off point in their specific sport or country are usually bigger and therefore are more likely to be picked in their early years leading to a cumulative advantage.

Just by understanding the RAE helps parents and coaches refine what they perceive as markers of talent. Size and strength are not everything: in football, consider arguably the world's finest footballer, Lionel Messi, born on June 24th and 1.69 m (5 ft 7in) tall.

As we'll see in the rest of this series there are plenty of other factors that influence the making of a champion. Tomorrow, I'll look at the significance of coming second.