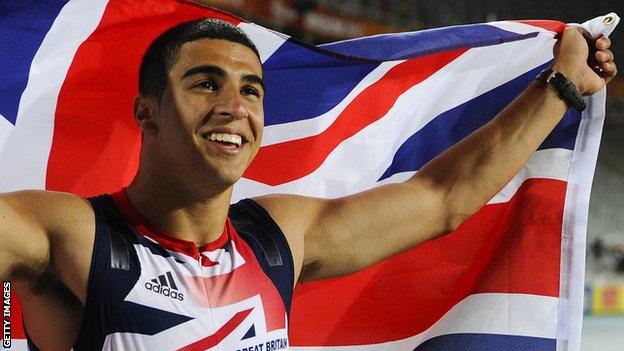 The former Dagenham and Redbridge academy footballer won the 2012 world junior title in a personal best and championship record of 10.05 seconds.

In June, he had made a major breakthrough by clocking 10.08 seconds and is the second fastest man in Europe in 2012.

Gemili, from Dartford in Kent, only gave up football for athletics last December. His coach, Michael Afilaka, says Gemili was "technically horrific" when he first saw him sprint last year but now believes the youngster can break the ten-second barrier "in a couple of years".

Gemili was playing as a right back on loan at Thurrock in the Blue Square South League at the end of last year. He was scouted by Chelsea when he was eight but left the club aged 15 to focus on his education, later joining Dagenham and Redbridge's academy side.