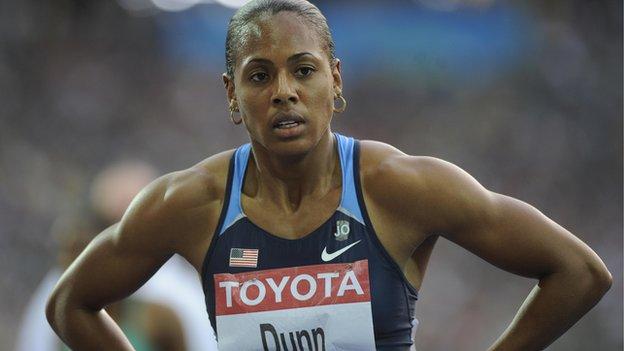 American 400m runner Debbie Dunn has withdrawn from the Olympics after returning a positive drugs test.

The 2010 world indoor champion, who has never competed at an Olympics, was due to run in the 4x400m relay in London.

The US Anti-Doping Agency said Dunn's initial urine sample showed traces of a banned synthetic testosterone and are now testing her 'B' sample.

"While I work with USADA to resolve this matter, I am withdrawing from my relay pool position," Dunn, 34, said.

"I do not want any issue like this to distract from my team-mates' focus for the biggest meet of their lives. I wish Team USA best in London as I work toward resolving this matter."

"We are currently processing the B sample, and as in all cases all athletes are innocent until and unless proven otherwise through the established full, fair legal process which was approved by athletes, the US Olympic Committee, and all Olympic sports organisations."

Should Dunn, the 2009 relay world champion, return a positive 'B' sample she could accept sanction or take her case to arbitration.