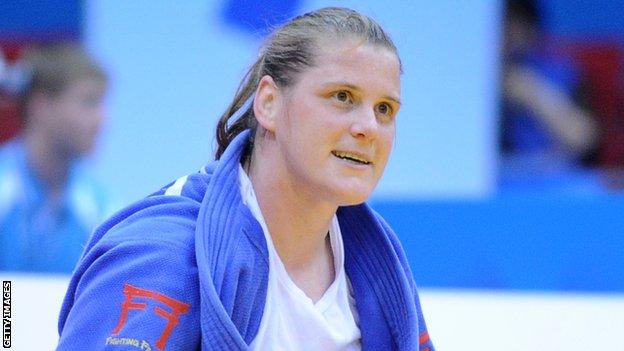 Camberley judoka Karina Bryant says London 2012 is likely to be her last taste of Olympic competition.

The 33-year-old, who competes in the +78kg weight category, is set for her fourth Games.

She told BBC Surrey: "I can never say never, but in my mind I'm saying yes, it will be my last Games.

This is my fourth Games and I still haven't medalled. For me, it's about doing myself justice

"I'm not necessarily going to retire but another four year cycle is a long journey. Whether I could do another cycle, I'm not sure."

She added: "Mentally, I can go on. It's just physically, how long my body can go on with the daily rigours.

"I'm in good shape now but two years down the line it might be a different story.

"I'll carry on for as long as my body will let me but four years is a long time."

Bryant has won 15 major world and European medals in her senior career, but a place on the podium at the Olympics has so far eluded her.

Given her experience, Bryant believes she has a decent chance of ending that run in London.

"My main goal this time is make sure I give my best and do what I know I am capable of," she continued.

"I think it [winning a medal] is realistic with the amount of European and world medals I have had.

"At the same time, everyone knows this is my fourth Games and I still haven't medalled. For me, it's about doing myself justice.

"If there's any pressure, it'll be pressure I put on myself. At the moment, I'm not feeling any and just enjoying it."