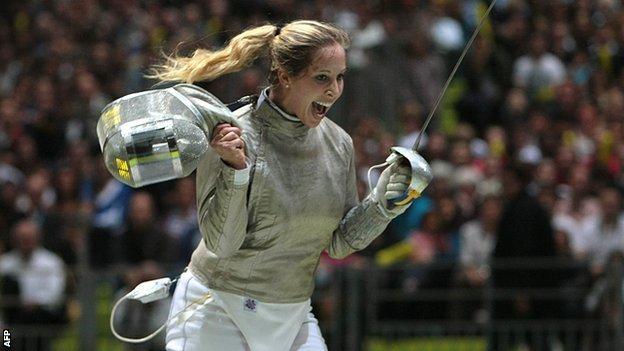 Sabre fencer Mariel Zagunis is vying to become only the second female fencer (after Valentina Vezzali) to win three individual Olympic titles. Her first gold in 2004 was remarkable for the fact she had initially failed to qualify and was only given a place at the last minute when Nigeria decided not to send a fencer.

She has been coached since the age of 12 by Ed Korfanty, a former fencer for Poland who ended up coaching in Portland, Oregon.

Her parents, Cathy and Mexico-born Robert, met at the 1976 Olympic trials and both competed in the coxed four rowing teams in Montreal that year.