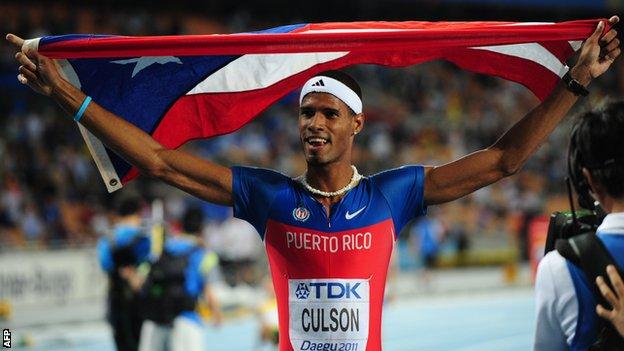 Javier Culson, Puerto Rico's flag bearer at London 2012, dazzled his country with his silver medal at the IAAF World Championships in Athletics in Berlin three years ago, a success he repeated two years later in Daegu, South Korea.

As a boy he practiced basketball and other sports, and it was only when he was 16 years old that he decided to try athletics, an activity that is in his blood - his mother was a sprinter in the 1966 Central American Games.