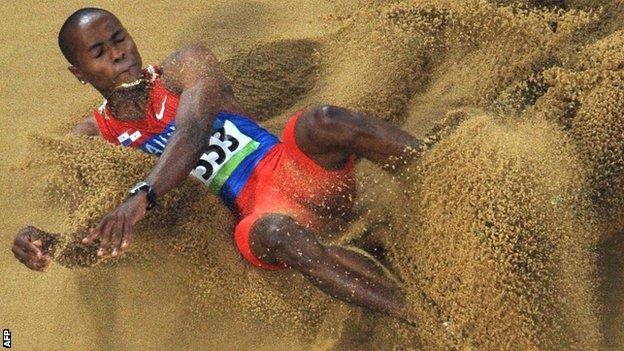 Irving Saladino won the gold medal in Beijing 2008 and one year before he obtained the world title at the IAAF World Championships in Athletics in Osaka, Japan.

The Panamanian only managed to finish 11th at last year's World Championships in Daegu, South Korea. Plagued by injuries, he will not be coming to London in the best condition.

The "Kangaroo" Saladino gained the seventh best mark in long jump history in May 2008 when he jumped 8.73m, 22cm less than American Mike Powell's world record, achieved in 1991.