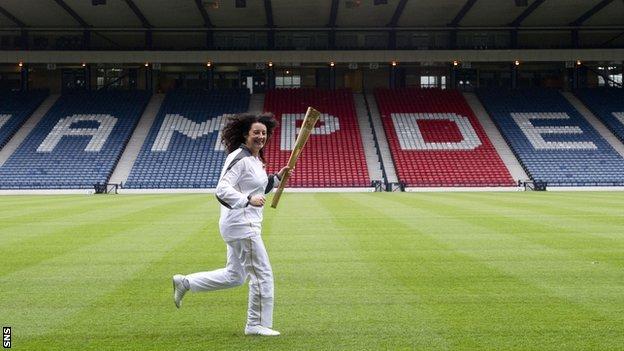 Ticket giveaways to Scottish schools and youngsters have boosted numbers for Olympic football matches at Hampden.

BBC Scotland has learned that 35,000 tickets have now been issued for the first match on 25 July.

A similar crowd is expected the following day, when three Euro 2012 winners could feature for Spain when they play Japan.

Organisers were forced to rethink their ticketing strategy after poor sales led to fears that Hampden could be more than half empty.

The stadium in Glasgow is hosting eight Olympic matches over five days.