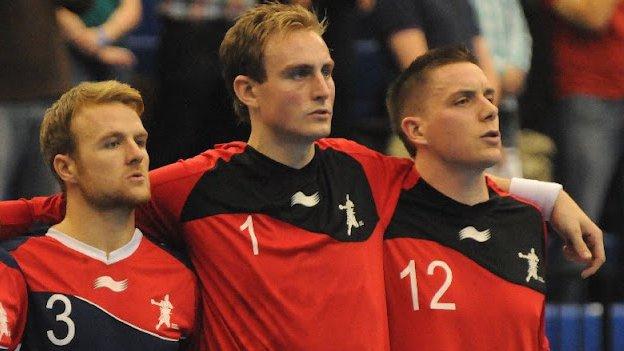 The goalkeeper has been named captain of the 14-man squad coached by Dragan Djukic, who will take over the Israeli national side after the Olympics.

"It was the hardest decision in my life," said Djukic of the selection which will have one reserve player.

"Our players have invested the last six years of their lives in the GB programme," he added.

The British team have recorded only two major competitive international victories since they formed in 2007, but they pushed Olympic qualifiers Korea close in a narrow 25-29 defeat at April's Pinsent Mason's London Handball Cup.

Britain have a tough task ahead of them at London 2012, where their opening fixture at the Copper Box will be against reigning Olympic champions France.

They also face Sweden, Argentina, Tunisia and Iceland, silver medallists in Beijing four years ago, in the group stage.