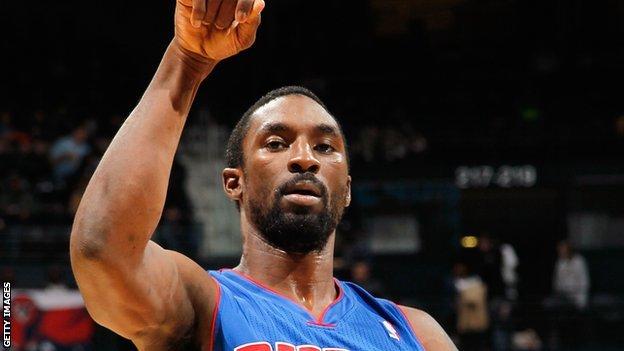 NBA star Ben Gordon will no longer be considered for Team GB's basketball squad after he failed to report to the training camp by the 30 June deadline.

The Charlotte Bobcats guard was named in the provisional squad in April and head coach Chris Finch had been hopeful of including him in the final cut.

His side was based in Texas this week where they played a series of warm-up games but suffered defeats in all five.

Gordon, who only joined the Bobcats from Detroit Pistons this week, had been on GB's squad lists since 2008 without having played a game due to injury - plus family and other commitments.

in 2010 he travelled to the UK to be photographed with the team to show his commitment to play for GB.

The 29-year-old's absence from the squad is the second major blow in a matter of days after fellow Bobcat Byron Mullens dropped out of the squad due to an injured toe and will not feature at London 2012.

GB return to England on Sunday after losing all their matches in the US, once against Nigeria and twice each against Lithuania and Russia.