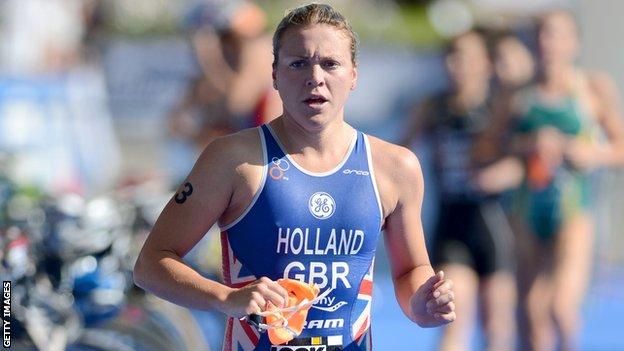 She secured Olympic selection after a number of top-10 finishes in the ITU World Triathlon Series in May.

She tasted victory in the seniors for the first time in the Contact Triathlon in Takapuna, New Zealand in February 2010.

Was a successful swimming and running junior before she discovered the triathlon while studying at Loughborough University.