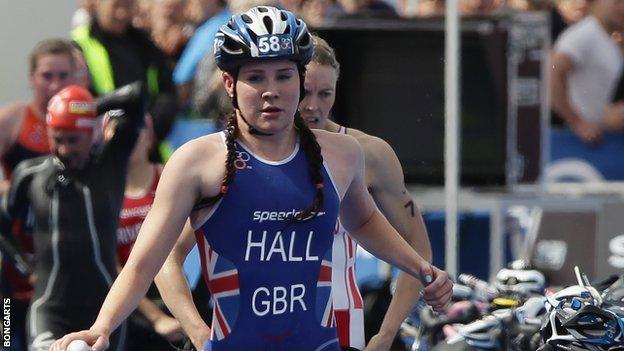 She tasted victory in the seniors for the first time in the Salinas ITU Triathlon Premium Pan American Cup in March.

Hall is well known in France, where she races in the French Grand Prix, and has been given the nickname "la Sirène" or "The Mermaid".