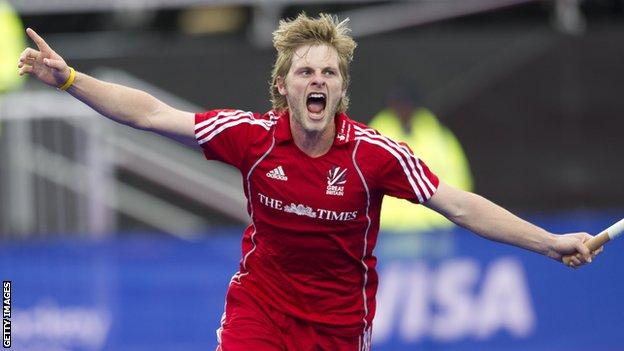 Ashley Jackson says the Team GB men's hockey squad are convinced that they can succeed at London 2012.

He told BBC Sport: "We've given ourselves the best chance and prepared in the way we think is right.

"We're excited to get it underway and see how successful we can be. There's a lot of belief among the group that we know we can do something."

The 24-year-old East Grinstead forward added: "It's maybe something we didn't have before Beijing.

"In tournaments between then and here, the results we've had and the style of hockey we're playing, the belief is there.

"We've got a very good mix of ages across the group so we're in strong stead for future tournaments as well.

"[Selection] is the last distraction out of the way now. Everything is looking forward to that first game in the summer."

Meanwhile Jackson has expressed sympathy for who missed out on the 16-man squad, which was named on Wednesday.

"We've been together so much over the last three or four years, training five days a week and pretty much living together," Jackson continued.

"This is our club and unfortunately there's only 16 that can play in that big final event.

"It's hard. I couldn't imagine how the guys that have been left out feel.

"They've had to continue training because there's a realistic chance that one or two of the 16 may not make it due to injury."