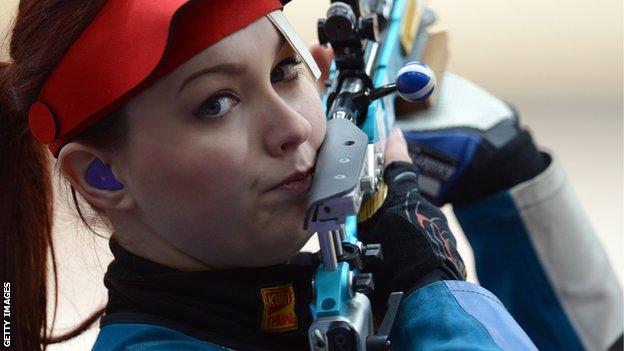 Edinburgh-born McIntosh became the most successful Scottish female athlete at a single games when she won two golds and a bronze medal at the Commonwealth Games in Delhi, India.

McIntosh won a bronze in the junior women's prone individual event at the World Championships in Munich two years ago.

McIntosh's father, Donald, competed at the 2002 Commonwealth Games in Manchester.