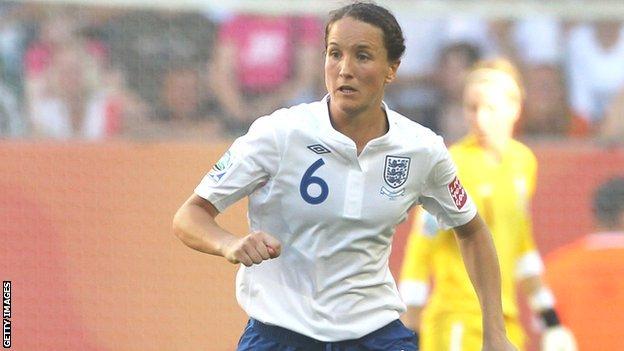 England Ladies captain Casey Stoney says being named in the Team GB squad for London 2012 is a dream come true.

The Lincoln Ladies defender, who was given the England armband for the first time last month, told BBC Lincolnshire: "It's what dreams are made of.

"To be selected for the Olympics in your home country is amazing.

"I'm 30 now and I've been doing this a long time. I never ever dreamed I would play in the Olympics because we've never had a women's football team."

Stoney will be joined on London by club-mates Sophie Bradley and Jess Clarke, the latter named among the squad reserves.

"It's absolutely fantastic. I think it will be one of the biggest sporting events this country has ever seen," Stoney added

London 2012 will be the first time that Great Britain has competed in the Olympic women's football tournament, and their first match against New Zealand at Cardiff's Millennium Stadium on 25 July takes place two days before the opening ceremony.