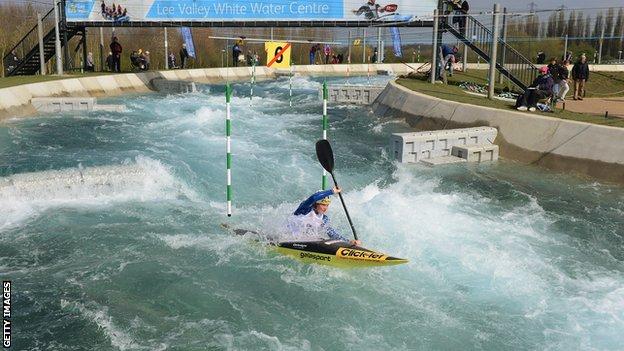 It was opened by the Princess Royal in December 2010 having been delivered on time and within budget.

It is operated by the Lee Valley Regional Park Authority and offers the public rafting and canoeing facilities, on both the main 300m Olympic course and a separate 160m intermediate run.

"The design could have been a bit more interesting - athletes can't show off all their skills," he says.

With two big drops called 'Ben Nevis' and 'Big Ben' the course is more than a challenge for most.

Last year the Lee Valley White Water Centre was awarded the 2015 World Championships, the first major event awarded to a London 2012 venue after the Games.