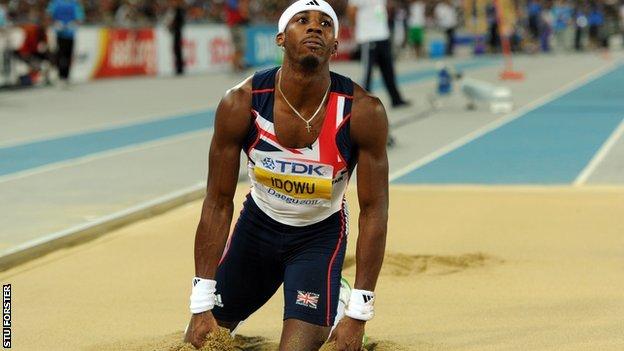 Britain's leading triple jumper Phillips Idowu has pulled out of the Olympic athletics trials in Birmingham.

The 33-year-old injured himself on his last appearance - at a Diamond League event in Oregon on 2 June.

UK Athletics head coach Charles van Commenee, who declined to clarify the nature of Idowu's injury, said: "It's not a worry. He is selectable."

Idowu has competed just three times this year and will have to rely on a discretionary place on the team.

In Oregon, the former world champion managed jumps of 16.43 metres and 17.05m, before injuring himself when he fouled with his third attempt.