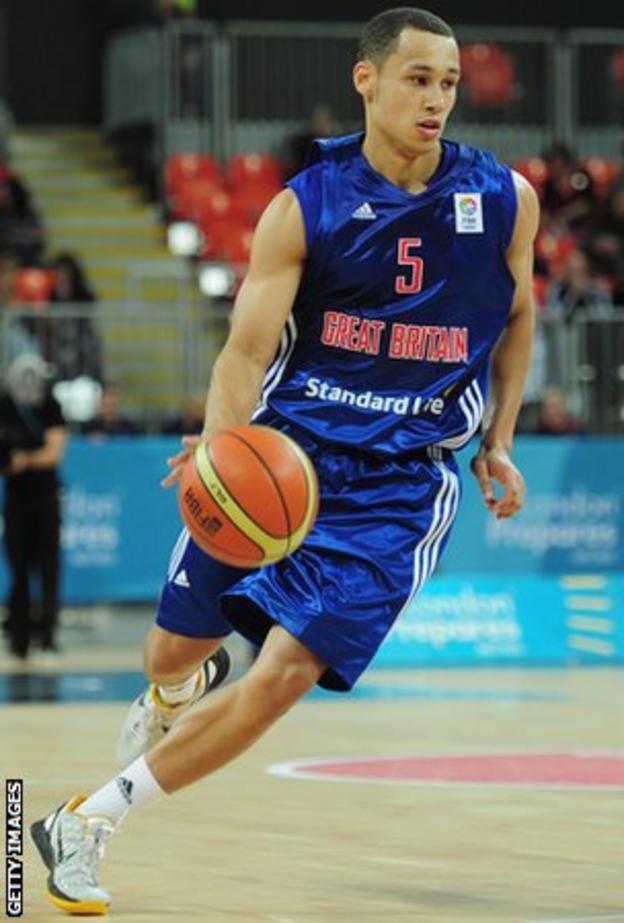 Great Britain began their London 2012 warm-up campaign with an 86-80 defeat in overtime by Nigeria in Houston.

GB put in a rusty performance best summed up by the fact they only shot 40% from the floor.

They trailed in the second quarter but blew a late lead as the Nigerians fought back to force overtime.

After slipping nine points behind in the second quarter GB rallied in the third, inspired by Lawrence's long range shooting - he was 4 from 6 from three-point range - to lead by the same margin.

The fourth quarter, in front of a 200-strong crowd at the Texan city's Baptist University, was a tense one with GB trying to protect their two-point lead as time expired.

But with one second remaining Nigeria's Tony Skinn levelled the game at 70-70.

Both sides played with passion and intensity but Nigeria's hunger - they still have a chance to qualify for the Olympics - proved decisive and they dominated the extra period.

"It's never good to lose but there are positives and negatives to take out of the game," GB forward Dan Clark told BBC Sport. "We were rusty but we haven't played together for a year, so we'll get there.

"I think we moved the ball well, we made some good shots in the first half, had good space. Their offensive rebounding was a problem, which is something we've got to get better on, but we've got time. This is the first game of the summer.

"We had the game won and maybe we should have fouled in that last possession. It was a rookie error really, small things, as it is in international basketball. We've just got to make them better and look forward."

GB, who recently suffered the loss of Charlotte Bobcats' NBA star Byron Mullens from the squad because of a foot injury, will now step up their preparations for the Olympics by playing two games each against Russia and Lithuania.