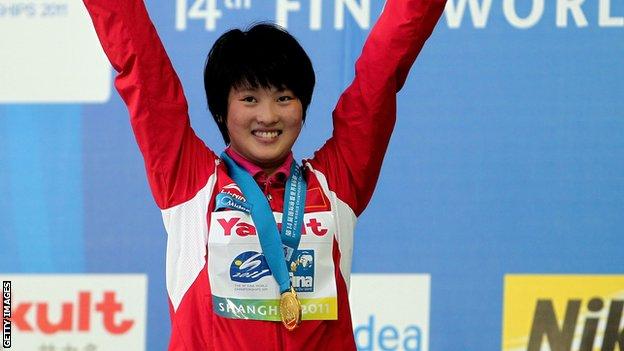 Her individual victory at the 2011 World Championships ensured she became only the second woman to win the three major 10m platform titles. Only American Laura Wilkinson had previously achieved the feat, between 2000 and 2005.

Chen was individual silver medallist at the 2007 and 2009 World Championships.

Brought up by her grandparents, Chen was brought into the national diving set-up at the age of 12.

A year later, she won synchronised 10m platform gold on her international debut at the Asian Games.