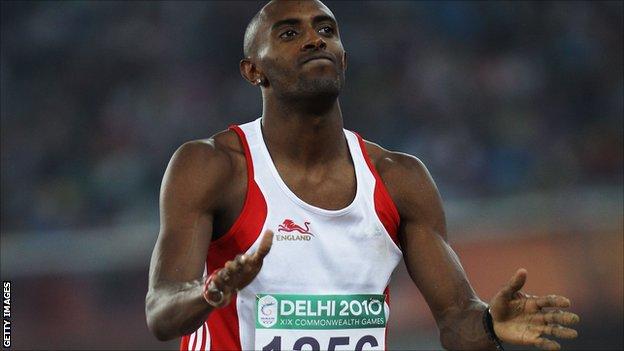 British triple jumper Nathan Douglas says he is "heartbroken" after revealing he is almost certain to miss this summer's 2012 Olympic Games.

Oxford-born Douglas got injured in his first competition of the year in Hengelo, the Netherlands, last month.

The 29-year-old former European silver medallist will miss this weekend's trials and in all likelihood will not have time to qualify for London.

Douglas missed most of last season after rupturing ankle ligaments in a freak training accident. He sustained the injury by putting his foot through a plyometric box, a piece of equipment used for jump training.

The Olympics Games is the pinnacle of any athletes career but the fact it is my own country is pretty hard to take. It will be painful to watch it

"It is extremely frustrating and the last few years have been a long, hard road that I would like to forget," he added.

"It's one of those things. I've just got to pick myself back up, dust myself down and get on with it.

"The last year is quite hard to put into words. It's been pretty horrendous. To try and pick yourself up mentally to try and qualify for the Olympic Games after such a horrific ankle injury.

"I knew it was always going to be a massive challenge, and I was up for it and gave it a real good crack. I got myself in relatively good shape and thought I would need five competitions to get myself fit.

"Unfortunately in my first competition I got injured and it looks like it won't heal in time for the Olympic Games."

Douglas had been out of action for nearly 20 months and admitted he contemplated retiring, he also admits that missing his 'home' Olympics makes it that much harder to take.

"Sometimes when it gets hard you have irrational thoughts about retiring but I've always been mentally strong and I always come out fighting," he said.

"The Olympics Games is the pinnacle of any athletes career but the fact it is my own country is pretty hard to take. It will be painful to watch it."