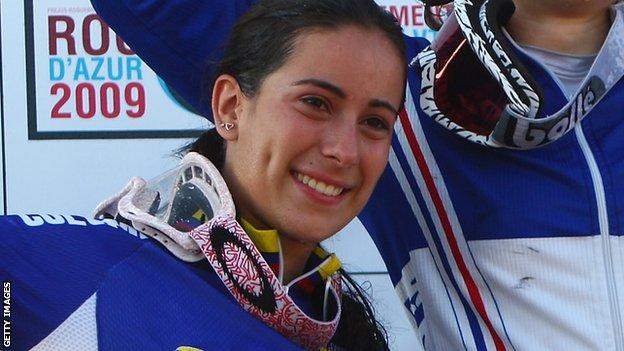 Mariana Pajón claimed the UCI BMX World Championship title in Copenhagen, Demark in 2011. This was her highest achievement in a long career that began when she was 4-years-old.

She was the flag bearer of the Colombian delegation at the Pan American Games in 2011.

Mariana has broken almost every bone in her body. Among her injuries are two fractures of her left wrist, fractured ankles (both) and collarbones (both).

Her latest misfortune occurred on the Olympic track in London, when she suffered from a bruised kidney after a fall in the final race.