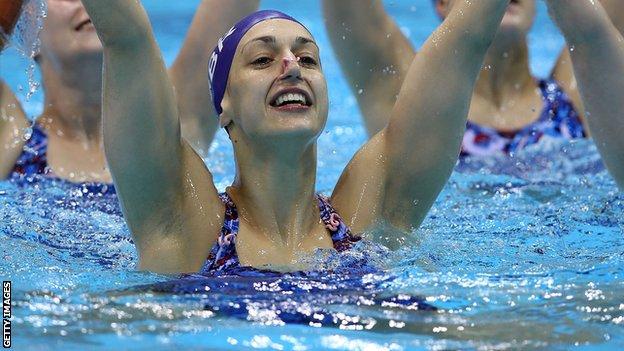 Since first being selected to the Great Britain Senior Squad in 2007, Katie Dawkins has gone on to compete in the team and combo events.

In 2009, she was part of the team that finished sixth in the European Championships and ninth in the World Cup.

The British-born swimmer was part of the team that finished eighth in the London 2012 Olympic test event at the National Aquatics Centre in April.

Dawkins has previously stated she would be a primary school teacher if she wasn't an athlete.